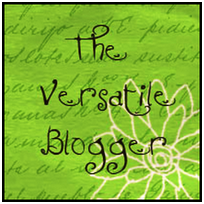 Nearly two months up and this blog receives an award.   Thank you so much Rohan7Things.  You are a truly inspiring and talented blogger.

I’d like to change something up.   Initially, it states that the “rules” to receiving the award are the following:

Let’s make them recommended guidelines.   Should you be nominated do as you see fit.  Okay so here we go.

Writing out the seven interesting facts about me will probably take thirty minutes: